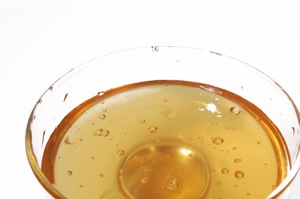 Sunshine flooded her face. It tasted like honey and coriander. She put a hand to her head and opened her eyes. Seonid lay in a large field of wildflowers, mountains looming all around, and the air was crisp and fresh. She blinked and sat up.

Well. This had never happened before. Usually she found herself in a stranger’s bed, and very occasionally, in her own.

Heart’s Desire, he had called it. His sister had called it Need. Not quite the same thing, Seonid knew. They served it in tiny silver cups no bigger than the tip of her thumb.  She had been surprised to see something so illicit in the back room of one of the most respectable establishments in town. It was something special, reserved for the best customers only, they said. She had heard of it, of course, but never thought to taste it herself. Her mouth still sparkled from the wine she had been drinking earlier.

“What is the scent of your heart’s desire? What flavor need?” he had countered, handing a second cup to his sister.

“None for yourself?” She was surprised.

He shook his head. “I already had mine. It led us to you, after all,” he added, with the barest hint of a leer. He poured himself a glass of wine instead.

It was barely a mouthful, but the effect was almost immediate. She felt her spirit lift up as her body relaxed against the divan. He had caught her, of course, lowered her gently into the cushions. A wash of warmth, golden and apple-sweet like the liqueur itself. Through the falling curtain she heard voices.

“I think so. But if not…” He paused. “Well, it will still be a pleasant evening, in that case.”

A clink of metal on wood as his sister set the cup down. She leaned in close. “When you wake,” she had breathed, “come find us. Ask for the Sable Mark.”  The woman’s voice had been indistinct, and Seonid wasn’t certain she understood.

She stood now among the wildflowers and saw the barest trace of a path. In the distance, a narrow plume of smoke rose in a straight line. She set off to see where her need had brought her.

This post was made in response to this week’s Red Writing Hood prompt at Write On Edge:

Four hundred words or less, fiction or creative non-fiction, linked up on Friday morning’s post, based on one of the following definitions: