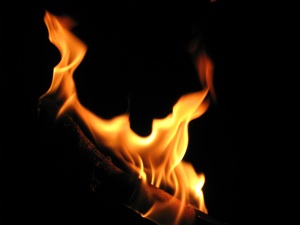 Light flashed off of the broken metal sphere where fingers had brushed away soot and grime. I met Morrow’s eye. “This is not mine.”

“Really.” The Captain’s voice was granite. She beckoned to her aide and murmured a few words. He nodded and left the room.

I knew what was coming. “There’s another trunk,” I volunteered. “Smaller. It’s under the bed.” I fished a key out of my pocket and gave it to Jax, motioning for him to follow the aide.

When he had gone, I held my hand out for the device. Morrow raised an eyebrow, but she gave it to me.

“Captain –” One of her officers was clearly agitated.

She silenced him with a gesture. “She can hardly blow it up a second time, Lieutenant.”

I ignored them. Pulling a handkerchief from my sleeve, I cleaned the device as best I could. I held it to the window, trying to see the tiny variations in light and shadow that would indicate engraving of any sort, but there was nothing. I turned it over and looked inside, gently twisting and tugging at the mechanism to see how it fit together.

I shook my head. “This is not mine,” I said again. ”See here? This pivot’s been jury-rigged, the mainspring was torqued before it was installed, and the balance… It’s a wonder this functioned at all.” It was easier to fall back on indignation and disdain than to admit to being frightened.

“It functioned well enough to kill four of my men when it exploded,” said the Captain, putting voice to my fear. “It could have been more. It could have lit up the ship like a torch.”

It felt odd to speak of catastrophe with sunlight streaming through the windows. I pictured bright flames vying with the sun for supremacy in the sky, and the charred Dragon diving into the dusty sea, shrouded in black and dripping cinders like scales.

I wished I had not recognized the mechanism’s crude workmanship.

This post is part of the Jade Dragon series. Though I try to make these installments enjoyable as individual pieces, I highly recommend that you read the series from the beginning to really get what’s going on.

This post was written in response to the Trifecta Writing Challenge weekly prompt:

BLACK
1a : of the color black
b (1) : very dark in color <his face was black with rage>
(2): having a very deep or low register <a bass with a blackvoice>
(3) : heavy, serious <the play was a black intrigue>
2a : having dark skin, hair, and eyes : swarthy
b (1) often capitalized : of or relating to any of various population groups having dark pigmentation of the skin
(2) : of or relating to the African-American people or their culture
(3) : typical or representative of the most readily perceived characteristics of black culture
3: dressed in black