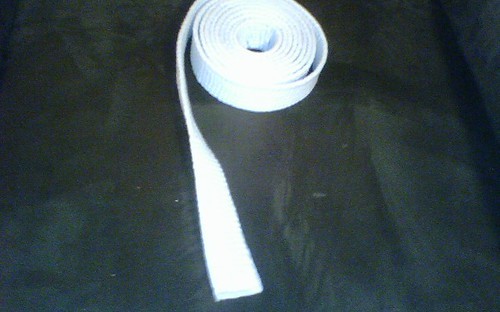 I discovered something today: endorphins.

My kids and I started taking Taekwondo together, three times a week. It’s hard, and I’m clumsy and slow and keep getting my low blocks and high blocks mixed up. Warm-ups consist of—among other things—twenty-five pushups (on our knuckles!) and between 75 and 125 crunches.

Now you have to understand, the last time I did a crunch, it was probably 5th grade and we called them sit-ups. The last time I did a pushup… well, I don’t know that I’ve ever done a proper pushup, and there’s no way I’m capable of doing them on my knuckles at this point. I’m a writer; I don’t exactly live an “active lifestyle.”

In the beginning, I signed up for the kids. I wanted them to do something active, learn a little bit about discipline and perseverance and self-control. They’re picking up on that, slowly, and their kicks are absolutely beautiful (to my eyes). As for me, I didn’t expect to enjoy it; I hoped that I would find it satisfying, the way I find biking satisfying, and hiking and swimming, when I get around to doing stuff like that.

A high school friend used to tell me about his “runner’s high.” He couldn’t understand how miserable running made me. Over the years I’ve tried a number of different activities – water aerobics, yoga, all those machines at the gym, and yes, even running. I eventually decided that the runner’s high was a myth, or at least that I was just not the kind of person who could ever experience one.

When I ran, I was miserable from start to finish. When I bike, I like being outdoors, I like feeling my body move, but I’m always thinking about my aches and pains, and when I get home, I lie on the floor and hope I never have to move again. But when I come home from Taekwondo, I’m disappointed that I had to stop. I wish I could keep going on my own after class, but as white belts we’re forbidden from practicing without an instructor (to avoid teaching ourselves bad habits). I’m energized.

I had to ask a friend if what I was feeling was normal. Apparently, it is. And apparently—don’t laugh at me!—endorphins are a thing. They’re not a myth after all.*

And so, what started as a way to get a little exercise and hang out with my kids turned into a revelation. And now I’m wondering, what else can I unlearn? Maybe it’s time to find out.

*(Runner’s high, though, I still call that bogus.)